We Believe Everyone is an Athlete 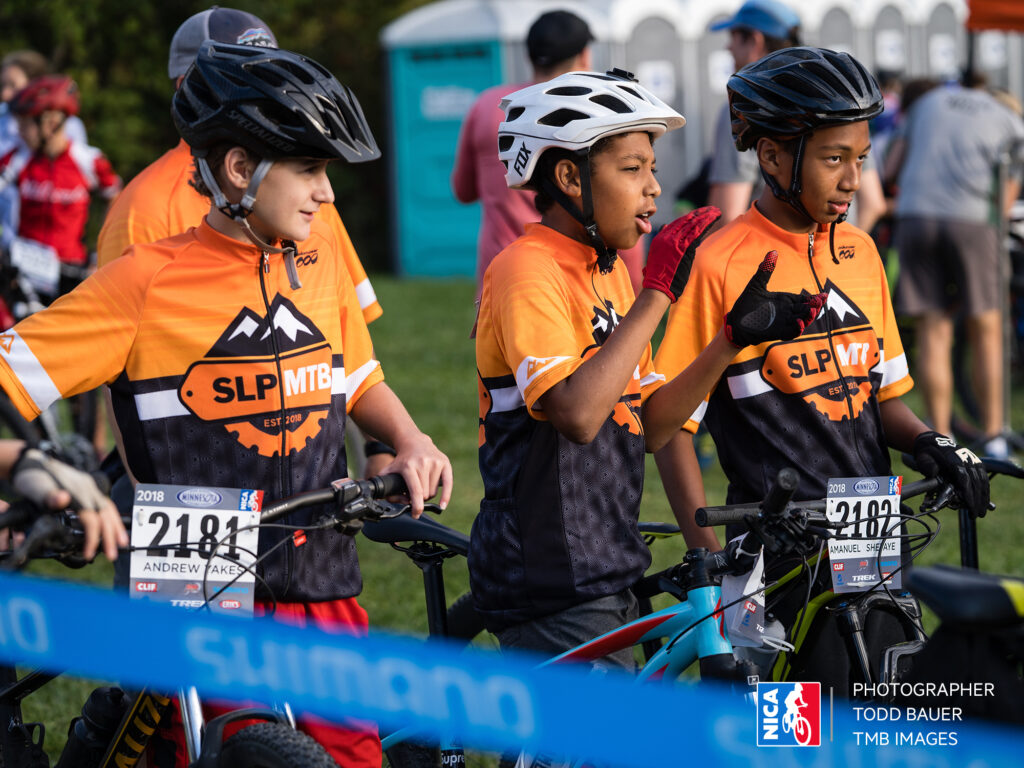 Inclusivity & Equity are more than just buzzwords for NICA. They've had it as Core Values for years guiding the way they deliver mountain bike programming.

At first glance, the National Interscholastic Cycling Association (NICA) is an organization that creates and operates Mountain Bike racing leagues for middle school and high school students around the country. But when you spend time with NICA staff, coaches & even student racers, you’ll realize that the bigger priority for the organization is to foster strong minds, bodies and character: mountain bikes are simply the tool that they use to do it.

It is with this in mind that I’ve been exploring two of the main Core Values of NICA: Inclusivity & Equity. In many ways, it goes without saying that “Fun” and “Community” would be core values. After all, it’s a sports league for teenagers. Inclusivity & Equity seem to be heavy topics for kids who merely want to ride bikes & have fun with their friends. But this isn’t a new concept for NICA. It’s not something they recently added to their corporate mantra after society and brands are drawn into these ideas johnny-come-lately. NICA has been operating as a league since 2009. And to watch the kids and staff of NICA, you’ll soon realize that they’re way ahead of others.

For the most part, these kids don’t know any different. They operate in an environment where they compete WITH each other, not AGAINST each other. NICA has created a league where everyone is encouraged to be part of the team. Yes, there are races & yes, there are winners and podiums and a Leader’s Jersey. I’m not aware of an 8th place trophy that would draw the ire of those who think kids need to compete and win & lose because that’s how the real world works. They’re not making kids soft. They’re making kids part of a community of inclusion.

How does NICA do it? Well, it starts from the beginning of a league & the coaches they recruit and train. In the early days of developing a league, you’ll hear stories of kids on the team who might not race. Some kids feel pressure and anxiety in the hectic chaos of a mass start race. Some people love it, some people don’t. It’s certainly not for everyone. But what NICA does that’s different from the majority of organized team sports is that they make it OK as long as the child is having fun & being included in a way that they’re comfortable with. Imagine something like that happening in baseball or basketball or football!

Next, let’s look at the structure of a NICA Mountain Bike Team. There are no tryouts. No Cuts. No Bench. Everyone who wants to be on the team is on it. Short. Tall. Athletic. Not athletic. There’s a spot for everyone on the team. This has been the source of some explosive growth nationally in the world of NICA.

Let me explain this from a different perspective: my kids attend a large high school in Central Ohio with approximately 1600 students, pretty evenly split male-female. With about 800 males & 800 females, each of the boys & girls varsity basketball teams have 12 spots. The majority of the playing time goes to 7 or 8 of the 12 and they all happen to be really tall. Simply put, there’s not much of an opportunity for the 5’6″ student who might passionately love basketball. And I guess that’s just how it is.

NICA teams have no theoretical limit on how many students can be on one team. They’re really only limited by the number of coaches & volunteers. One team in Utah has over 150 kids on the mountain bike team! Why? Because everyone has an opportunity not only to be on the team, but they all participate in every practice & suit up for every race! They might not podium but they still have the opportunity to compete against the clock, against their prior times and compete against the type of rider they were on a prior day or prior event. They get to work on being better than their prior selves. And they’re celebrated for their achievements. That’s Inclusivity in action.

It wouldn’t feel right talking about Inclusivity & Equity without at least wrestling with the tough issues of under-served communities by the cycling world. Mountain biking is a sport with a certain barrier to entry: you need to have a bike among other things. Certainly that simple fact generates issues of access to communities without adequate financial resources: poorer communities, inner city schools, communities of color are all at risk of being treated as an after-thought. When it comes to cycling, females are dramatically under-represented. But that’s changing.

Most NICA Leagues have a Diversity Coordinator and a Grit Coordinator as part of their management teams. Diversity Coordinators wrestle with the very real issues involved in getting more diverse communities engaged with the sport of mountain biking. Sometimes it’s awareness. Sometimes it’s proximity to trails and being creative with riding and training opportunities. Sometimes it’s coordinating financial resources to help with the purchase of bikes & helmets. These are all very real issues that prevent under-represented communities from having the same opportunities as others. In the same way, GriT Coordinators specifically address barriers to getting more girls on bikes and diversifying the gender composition of the league.

In terms of more girls on bikes, one of the main approaches for recruiting more females riders is to recruit more female coaches, more female league directors, more female volunteers. More positive female role models make it the social norm for young girls to accept cycling as a normal sport. In most of our local races, the younger the field, the more diverse the gender and that’s a GREAT thing for the future of the sport! There are more & more girls who take to the bike at a young age because they don’t know any different and of course they do!

These kids are going to be ok in shaping a better tomorrow for the sport of cycling as long as we adults keep doing the hard work of wrestling with the barriers of inclusion & equity in how we structure opportunities for kids of all backgrounds. NICA is at the forefront of this mindset in organized sports and their future is very bright because of it.

Get updates and Stay Informed

PrevPreviousWelcome to the new website!
Next8 Questions to See if You’re Ready To Be a NICA Coach.Next 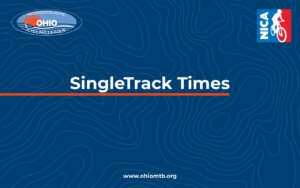 Lots of things happening for aspiring Coaches in this issue and a fun little fundraiser coming soon! 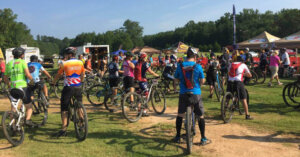 Growing Opportunities with the Inclusivity Fund!

We are building our league with our equity and inclusivity hats on loud and proud. Learn about how you can help knock down barriers to entry to get #morekidsonbikes

Do You Want To Help Get More Kids on Bikes in Ohio? 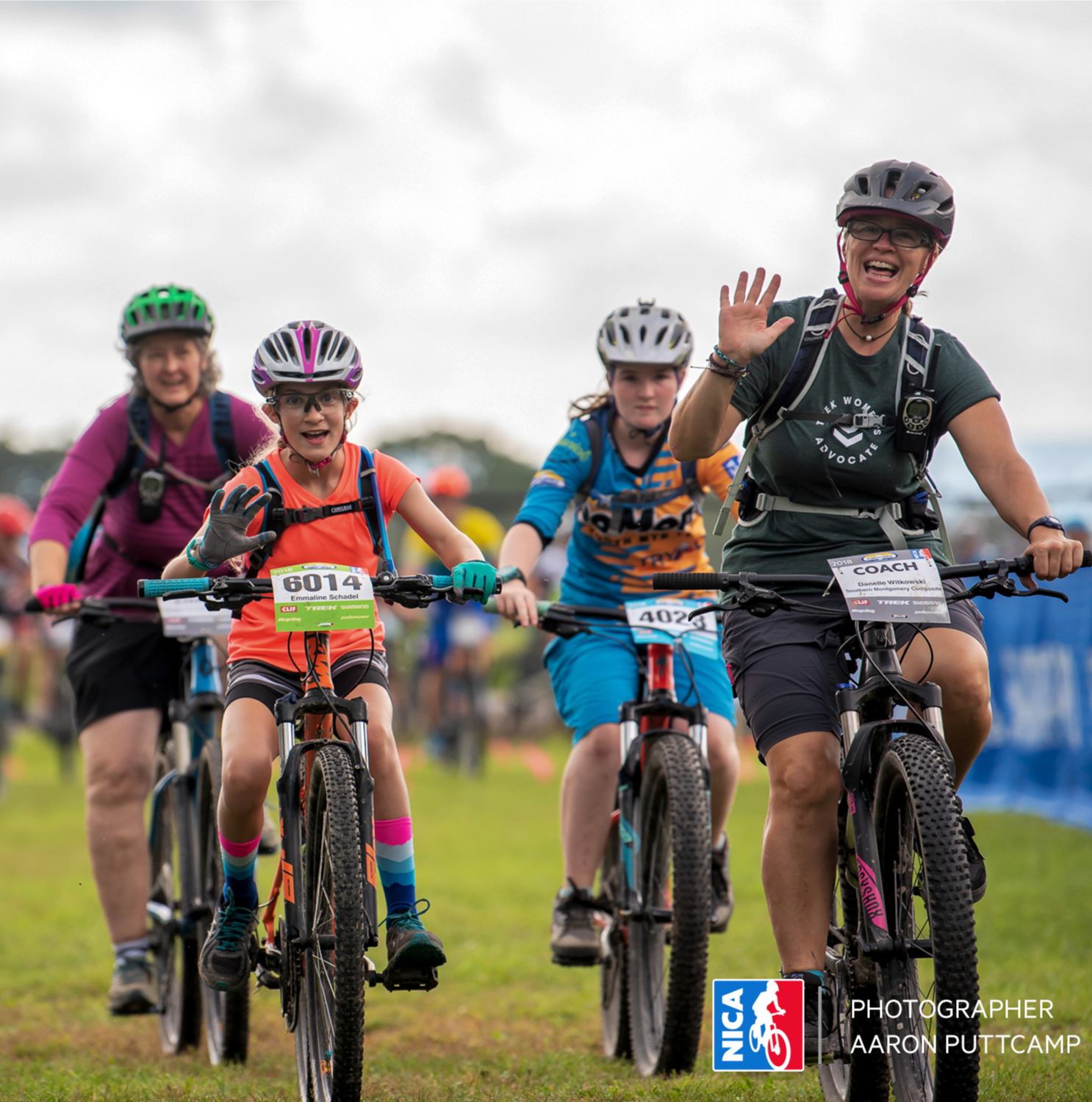